Friday Finds is a weekly meme hosted by Should Be Reading which encourages you to share the books you have discovered over the past 7 days with your fellow bloggers. Whether you found them in a bookshop, online, in the library or just heard about them from a friend, Friday Finds is a great way to spread the love with other readers. All books are linked to their Goodreads pages so you can discover them too.

None of my finds this week are Halloween inspired, so this will just be a regular finds list. I do love this holiday though, so I’ve added in a few random images to get into the spirit of things! 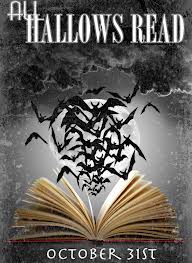 1) My Idea of Fun by Will Self: I’m a bit confused as to why this ended up on my TBR list, especially since the cover looks like a creepy version of one of my first year Philosophy texts! When he becomes an apprentice to a mysterious financial and marketing master, Ian enters a dark world ruled by money, violence and psychosis, where the human soul is the ultimate commodity. Those kind of dark themes are ones I would usually avoid, but I think I’ll be giving this one a try. Not least because I want to find out if the phrase “a wickedly sharp, technically acute display of linguistic pyrotechnics that glows with pure white-hot brilliance” is an accurate assessment of the book’s quality, or just a real world example of masterful marketing.

2) Things Grak Hates by Peter J.Story: This story is set before the start of recorded history, which is a cool concept in itself. Grak is a member of a nomadic tribe, and he hates a lot of things, but has a particularly intense hatred of olives. I have a bizarrely intense hatred of blueberries (come to think of it, I don’t think much of olives either), so I can relate to this, although, unlike Grak and his olives, I would never set out on a quest to rid the world of blueberries! What begins as a mission to eradicate olives becomes a descent into evil and manipulation which explores “power, politics, religion, redemption, the dissemination of ideas, and human nature itself.” Sign me up! 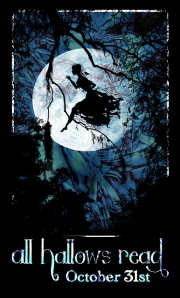 3) When She Smiled by Ritoban Chakrabarti: This is a YA romance with a difference: it’s set in the Himalayas, and there’s no modern technology in sight. I’m definitely a fan of YA, but novels set in the Western World can sometimes be repetitive and deal with a lot of the same conflicts and settings, especially ones with strong romantic elements, so I’m keen to try a different take on the genre. Mrityunjoy Roy is a member of a very academic family, but he wants more than a life of studying. When he meets Akanksha, his world is turned on its head as she leads him down a path of romance, heartbreak, tragedy and self-discovery. I’ve entered a Goodreads giveaway for this one, so fingers crossed!

4) Casket of Stars by Julia Debski: First of all, I LOVE both the title and the cover of this book, so I was attracted to it straight away. I thought it was a novel at first, but it’s actually a collection of short stories and poems. The synopsis is very short and doesn’t give much away, but it still has me curious: “A collection of short stories and poetry written as a memoir of sorts, and takes a look at human relationships that are often not spoken about, as well as exploring the deep emotions found with them.” I love poetry and I don’t read short stories very often, so this would be a lovely change of pace.

So what books have you discovered this week? Have you read any of the ones I’ve mentioned? Let me know in the comments!